Our geneticists/genetic counselors obtain detailed family histories, analyze inheritance patterns, identify at-risk individuals, and help prospective parents to understand their particular genetic risks, options, and likely outcomes in pregnancy. We explain the often complex world of new genetic tests and helps patients make important decisions about their pregnancies. Changes in technology have occurred so rapidly that most primary obstetricians do not have the time to be able to explain these issues to their patients in an effective manner. However, these issues are what we do every day. 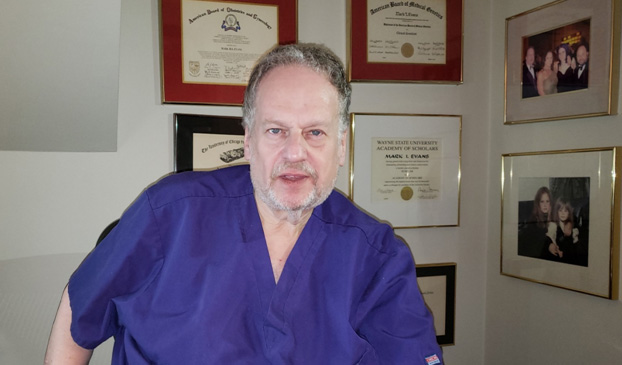 The enhanced genetic screening (EGS) program is often used as the framework in which many of our services are provided, though our services are also offered separately. What to expect in the EGS program:

Screening vs. Testing: There are two different types of tests.

Evans et al. EPIDEMIC OF ABNORMALITIES MISSED BECAUSE OF NIPT.

Cystic Fibrosis is perhaps the best-known Mendelian disorder in the European population. Its incidence and the component markers that cause the disease vary considerably by ethnic group. Over the past 25 years since the CF gene was identified, our understanding of the number of mutations in the gene that can cause CF has gone from literally a "few" causing most of the cases in certain groups (such as Ashkenazi Jews) to now recognizing that there are over 2000 known CF mutations. Routine CF panels have varied from about 32 markers to over 500. For routine screening the lower mutation numbers can be considered reasonable, but we favor higher numbers. Now that sequencing is becoming routinely available at a reasonable cost, we believe sequencing will become the routine. When one partner is known to be a carrier, and the other has screened negative by marker analysis, we believe sequencing the "non-carrier" partner is optimal to make sure they are not in fact a carrier of a very rare mutation that would put the pregnancy at risk for an affected child.

Advances in genetics have led to the extensive expansion of carrier screening for individuals of Ashkenazi Jewish ancestry. For decades, screening was available only for Tay-Sachs disease. The number of Ashkenazi disorders available for screening expanded during the last decade and now includes some rare disorders which area in fact no more common in the Ashkenazi population than other ethnic groups. We believe it is best to cast a "wider net," but if couples wish to restrict their investigation to just the ethnically associated disorders, it can be done that way. Screening is now available for over 30 such conditions, including:

TAY SACHS DISEASE: The "classic" Ashkenazi Jewish disorder which is characterized by normal development until about 4 -6 months of age followed by progressive neurodegenerative findings including blindness, seizures, and unresponsiveness. Death is common by age 4.

CYSTIC FIBROSIS: Inability to transport chloride across cellular membranes leads to thick mucus in lungs and GI tract resulting in multiple infections. Lifespan has extended dramatically in the past 25 years to now average near 40.

Many of these disorders are very rare and some are just as common in other ethnic groups. As many of these tests are expensive and rare, the decision to screen for them individually is today not cost-effective. The carrier frequencies and detection rates of these conditions are listed in the following tables. 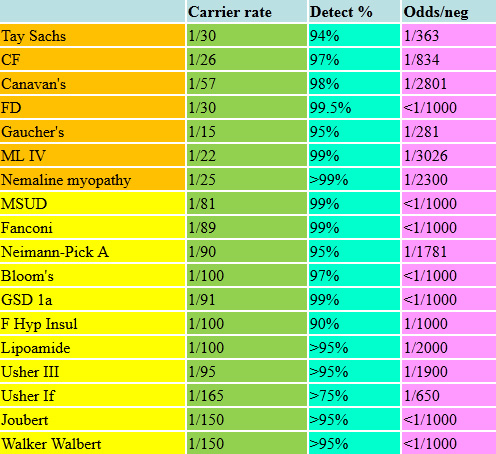 The above list is just a sample of an ever increasing number of significant disorders for which we can now screen and test as appropriate. There are many other metabolic disorders, such as maple syrup urine disease (MSUD), an organic aciduria with severe neurological outcomes and mental retardation, and Usher syndrome, which includes profound hearing loss, vestibular abnormalities and retinitis pigmentosa resulting in blindness. Nemaline myopathy is a collection of disorders characterized by severe neuromuscular disease, weakness and hypotonia, and can be associated with early death. Familial hyperinsulinism causes hypoglycemia, which can be lethal or cause irreversible neurological damage. The make-up of the targeted panels we offer is constantly changing, so any list we show might is by definition "out of date." The carrier frequencies and detection rates of these conditions are listed in the following tables. The pan-ethnic panels are likewise expanding and improving their detection rates. For couples who have previously had screening, we check as to when it was done and by what methods as even over the past few years enough advances have occurred that would suggest a more modern panel be run.

Fragile X is the most common cause of inherited mental retardation/intellectual disability, occurring in about 1/4,000 overall, but some populations are higher. It is an X- linked dominant disorder, which means that the full manifestations of the syndrome are seen in males who inherit the gene from their mothers. Its inheritance is also "imprinted," meaning that it matters from which parent the gene came—in this case, the mother. The disease is related to the number of "repeats" of a tri-nucleotide of DNA base pairs - in this case the DNA nucleotides "CGG" at the end of the FMR1 gene on the X chromosome. Classically 200 such repeats are needed for the disease to occur, and most normal women have fewer than 44 repeats on each of their X chromosomes. As the number of repeats goes up, infertility increases as does the likelihood of expansion of the number of repeats up to problem levels. Women who carry the gene may have some minor manifestations, but these are commonly unnoticed. In recent years, however, there has been an emerging appreciation of partial effects of Fragile X even with less than the usually required number of repeats needed for the full diagnosis. 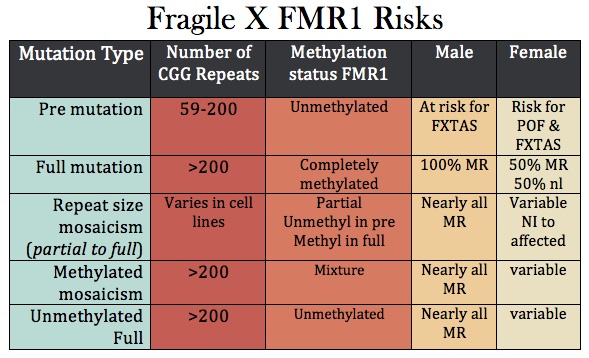 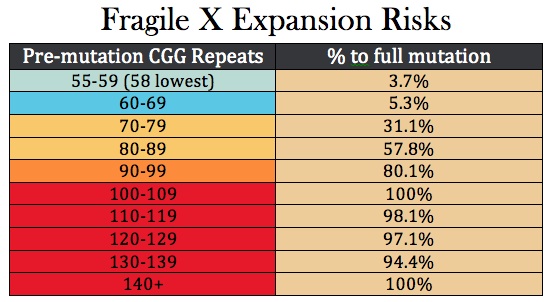 Spinal muscular atrophy (SMA), which in older literature was known as Werdnig-Hoffman disease, is a rare cause of a lethal disorder with an incidence of about 1 in 4000. It is a degenerative nervous disorder with progressive downhill course. Death is common by age 2. It is autosomal recessive meaning that both parents need to be carriers, and the age of the parents is irrelevant. Carrier testing for SMA become common in big metropolitan areas such as New York about a decade ago, and it is part of the routine pan-ethnic panels.